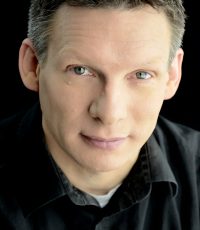 Ken is all about performance. He started as a performer at 10 and at 17 was doing voice work for NFB films and a host for a children’s radio show.  He started the first drama camp at the Ottawa YMCA. Then as technology evolved beyond stone and chisel, he created an after-school video fun program empowering children to create their own video productions. At 21 he moved to Toronto to find fame and fortune and lucked into a job as a casting coordinator, casting extras for feature films like Short circuit 2, Police Academy 5 and other movies you may have never heard of. Finding Toronto too big and scary Ken moved back to Ottawa and enrolled in TV Broadcasting, where he learned his technical skills. Over the decades Ken has gone on to work as a live children’s performer, audio designer, video editor and casting agent to other creative geniuses.